The Digital Euro is not an option, but a necessity for Europe 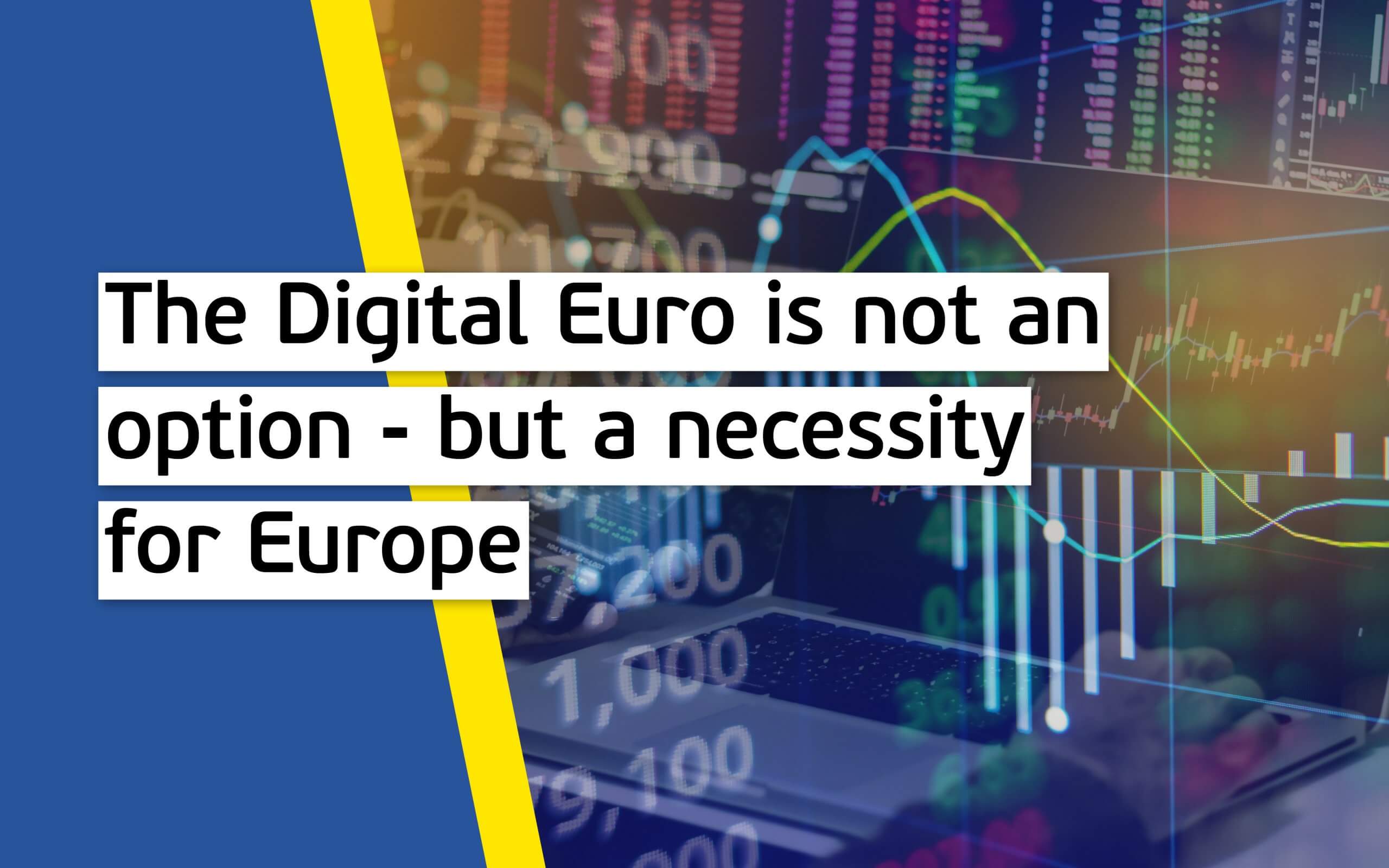 The financial market is changing. Crypto assets have outgrown their niche and are becoming increasingly popular with European consumers. Nowadays, more than 9,000 crypto assets exist and you can already pay for flights and buy e-cars with crypto assets such as bitcoin. Recently, El Salvador has become the first country in the world to accept bitcoin as official currency and join the US dollar as the country’s legal tender.

At the same time, Facebook plans to introduce its own stablecoin Diem (formerly Libra), which could be pegged to the US dollar or the euro and become accessible for billions of people around the globe.

It is not only consumer interest in fast and cheap financial transactions that has sparked interest in crypto assets. The European Central Bank (ECB) itself has contributed to the boom through its ongoing low interest rate policy. However, we must avoid European payments to be dominated by non-European providers such as foreign data-hungry tech giants offering their own currencies in the future. Now the ECB should offer consumers a safe European alternative to bitcoins and private currency projects like Diem: The digital euro.

Competition on CBDC is growing around the world

The development of Central Bank Digital Currency (CBDC) is a global race, with around 80% of all central banks already engaged in it. CBDC are a representation of virtual fiat currency issued and regulated by the competent monetary authority of a state.

China has been working on a digital yuan since 2014 and has launched pilot projects in Shenzhen and other cities. It may even test its digital currency with foreign athletes and visitors at the 2022 Beijing Winter Olympics. Furthermore, the Bahamas launched the digital Sand Dollar in 2020.
This is a wake-up call for Europe to step up the pace in developing the digital euro. In the digital currency race, the ECB should be “ahead of the curve” as ECB-President Christine Largarde said at a conference. Currently, however, it seems like the ECB is only now getting around to tying her running shoes.
A digital euro can only be successful if it meets the needs and expectations of Europe’s citizens.

In a crucial step toward Europe’s digital sovereignty, the ECB announced last week that it would pursue the digital euro. The roadmap for the introduction is set: The preparations are now to enter a two-year study phase, followed by another three-year test phase. In five years’ time, the digital euro could be in the virtual wallets of consumers in the eurozone and then be in use. In contrast to Bitcoin and other crypto-assets, the ECB will maintain control over the currency and guarantee stability and security. It is undeniable that preparing for a digital euro also protects Europe’s autonomy. Europe is only fit for a digital future, if the euro is.